NY Daily News reported in April that a Jordanian pregnant woman murdered in what police say was an honor killing. The woman was very young; in her twenties, and her throat had been slashed and her stomach cut open showing the dead fetus. Afterwards, her body was set on fire. She was killed because the child was born out of wedlock. The story which is very tragic, is sadly all too common in an area where 'dishonoring' your family can easily come with a death sentence which is carried out by your own loved ones. Dishonor can be something as simple as a woman talking to a man whom is not a family member.

The report brought to mind a post I'd previously done with a very eye-opening video, posted below; it's very informative and definitely a must-watch.


Here is a link to the original April honor killing in Ruseifa, Jordan: http://www.nydailynews.com/news/national/pregnant-woman-throat-slit-stomach-cut-open-horrific-honor-killing-jordan-article-1.1318998

Murder of People With Albinism In Tanzania/East Africa; Is Anything Changing? 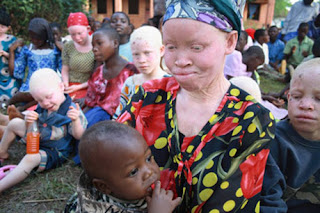 Mariamu Staford first shared her tragic story with ABC's 20/20 in 2009; she was mutilated by hunters all because she had albinism. She told how, at 5 months pregnant, she was unaware of the danger she faced one late night at home. Men came into her house with machetes and chopped her arms off and caused her to lose her unborn child. Staford ultimately received a great amount of progressive care in the U.S that included receiving artificial limbs that will assist her with everyday living.

Shockingly, these hunters believe that albino body parts bring wealth and that a person with albinisim is generally a bad omen. They viciously come into their homes, cut their body parts and then sell them on Africa's black market between $500 to $2000, ABC News reports.

Sadly, not much has changed since Mariamu's attack. More needs to be done to protect these people in Africa who suffer the constant threat of attack or even death simply because of their albinism.

Here's a link with the situation a few years ago in Africa: http: //abcnews.go.com/International/story?id=5331015&page=1#.Ub5fqHco5Ag


Here's a link with more information on albinism & the current status of people with albinism under attack in Tanzania/East Africa: http://runfreetobe.com/albinism-africa/
Posted by Unknown at 8:03 PM No comments: 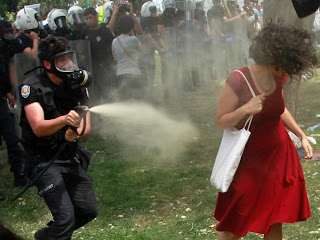 Riot police and many Turkish citizens upset with the current government continue to clash although the protest over the construction of Gezi Park is over. Tayyip Erdogan, Turkey's Prime Minister, is trying to take control of the situation although many Turkish citizens have deemed him a now "authoritarian" leader, Yahoo News reports. A human rights group out of Turkey is reporting that 5 people are now dead and 5, 000 injured as a result of the unrest. 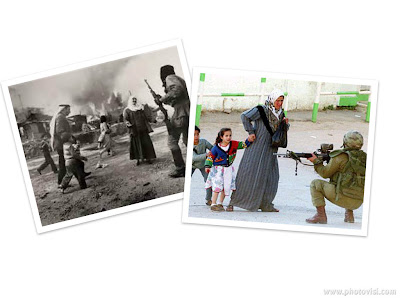 Wednesday, June 5th marked the 46th anniversary of the 1948 Arab-Israeli War. In 2013, Palestinian territories are still occupied by Israeli military forces and their people face ongoing oppression. They are not allowed to freely move from place to place, their children are not allowed to pursue a decent education, they are harassed, detained, and even killed. Why is it that the Palestinian people don't have their own sovereign state?

The Palestinian people took to the streets to protest and had contact with Israeli soldiers in the process, leaving some demonstrators injured, Xinhua news reports. After all of these years, the Palestinian people refuse to be silenced and are still fighting for their right to freedom and independence.

I would agree with a statement made that the non-independent status of Palestine all comes down to politics, but that should not trump the Palestinian people's access to equal treatment, freedom from oppression, and human dignity. 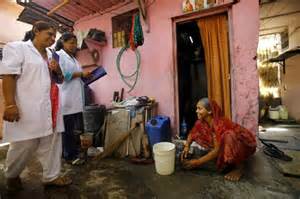 In India, cervical cancer is the number one cancer that kills women. India is a developing country in which many families live in slums and cannot afford simple medical care. In fact, the Washington Post reports that it is not unusual to see large numbers of women who haven't had gynecological exams.

Now, there is a procedure known as a vinegar test that is saving the lives of these women in India. How it works: the cervix is swabbed with vinegar to detect signs of abnormal cells in hopes of catching the cancer early and then providing treatment if cancer is found. The Washington Post reports that the test can save the lives of as many as 22,000 women in India alone and 72, 600 women worldwide annually. 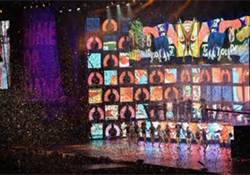 A charity concert hosted by Chime for Change on June 1st lit up London, England as many tuned in to watch as women's issues were put front and center stage. Performances by Ellie Goulding, John Legend, Blake Lively, Beyonce, & more was a highlight of the show.

Chime for Change says on their website the charity show "promotes education, health, and justice for women everywhere."

Unrest Spreads Across Turkey, Over 2,000 Arrested 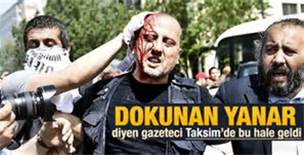 With over 80 people already injured, hopefully this situation doesn't get any worse.